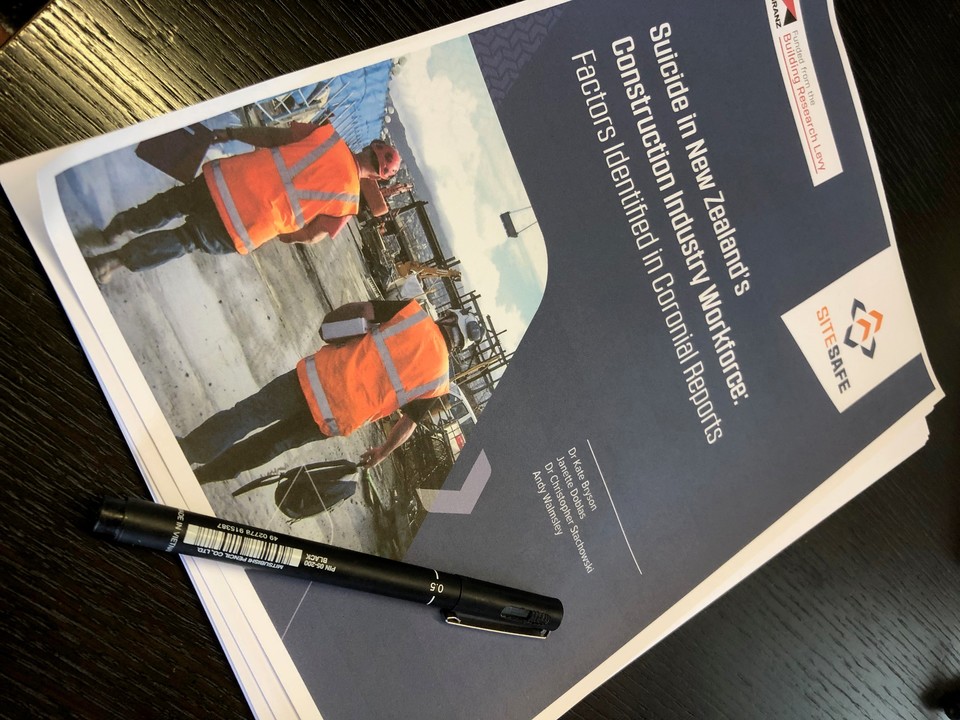 New Research into Suicide in the Construction Industry

Firstly, thanks to Brett Murray, the Site Safe team and the authors Dr Kate Bryson, Janette Doblas, Dr Christtopher Stachowski and Andy Walmsley for their work in completing this important piece of research.

Interesting points for me were:

The research goes on to recommend increased funding, a focus by industry on work-related factors, evidence based suicide prevention and mental health education using existing resources. Also adoption and adaption of Mates in Construction to small to medium business owners is recommended. All of these I agree with, as cornerstones of the approach that industry needs to take to mental health.

One element I wonder about from this report is the lower level of influence around work based factors. Research into the relationship break ups shows that there is a definite link between work and relationship issues  for example "husbands’ lack of full-time employment is associated with higher risk of divorce," Money, Work, and Marital Stability: Assessing Change in the Gendered Determinants of Divorce Alexandra Killewalda

One hypothesis therefore would be that increased work place stress caused by insecurity, running a business, deadlines - has a direct and potentially indirect effect on suicide through the damage to relationships and contribution to breakups and issues. Sort of a doubling effect where work is potentially an even bigger component than the report shows through its secondary effect on relationships.

Its a good discussion to have with industry and this report is an important piece of the puzzle that will contribute to where we go from here.